Slider doesn't show up in article, only shortcode is visible (Joomla)

There can be several reasons when you see only the slider's shortcode (e.g. smartslider3[1] ) on your Joomla site instead of the slider. Here are the most common reasons.

This is the most common reason behind the problem.

Smart Slider 3 can only show up on websites, which have valid HTML code (due to compatibility reasons with optimization plugins). So if you only see the shortcode on the page, instead of the slider there's a good chance that your HTML structure is messed up and invalid.

The HTML structure can be messed up in several ways. The most common problems:

To make the slider show up on your site, you must solve these HTML errors. To check the errors, view your page source. You can do this in lots of ways:

This is the less common reason behind the problem.

If you put a slider's code, like smartslider3[148] into an article, and you can't see it turning into the slider, only this smartslider3[148] is written into your article, then you have some extension changing your article's code. You should go to your Extensions -> Plugins, filter out the system plugins, and move the Nextend2 Library and Nextend Smart Slider 3 plugins higher, maybe into the first position, which would make our shortcode to slider changing sooner, before anything else would change it. 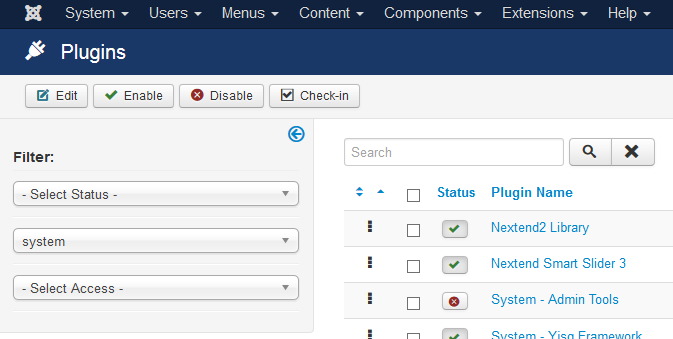