This is a PRO only layer! 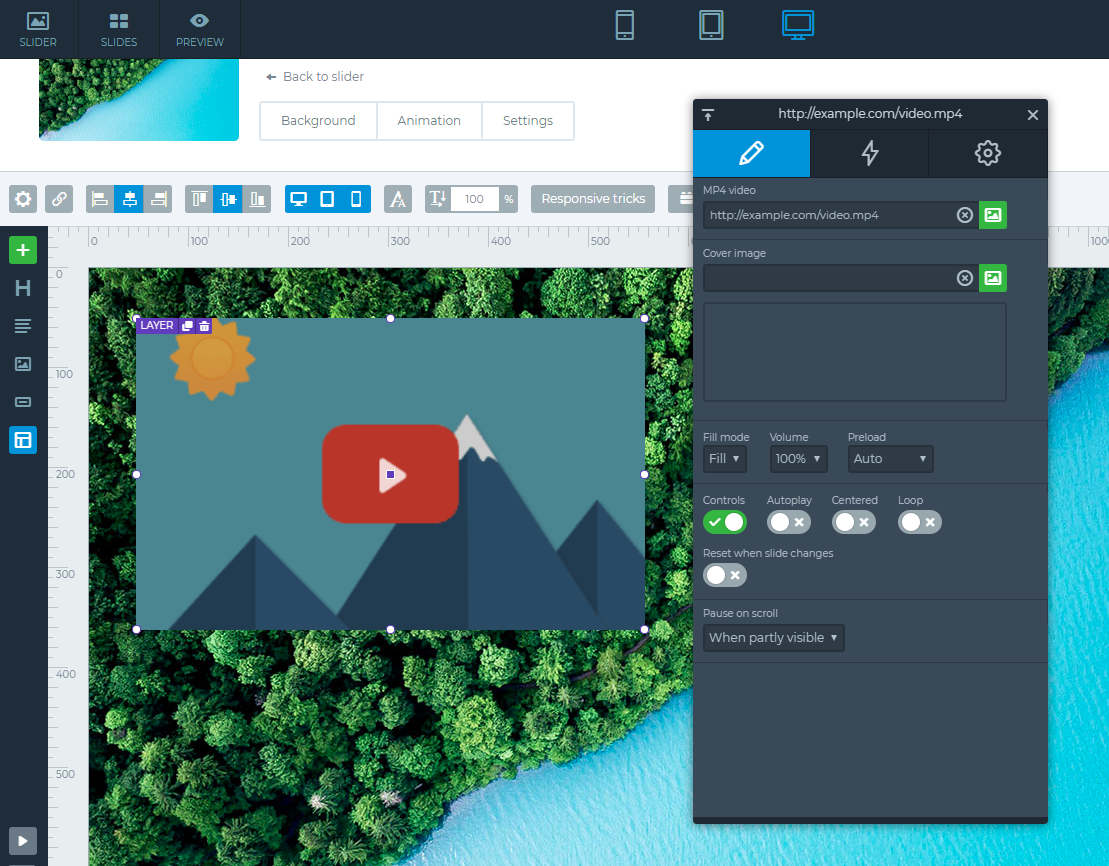 You can show a video uploaded to your site or to another one via ftp, inside an HTML video tag.

If you want your video to cover the whole slide as a background, use the Background video option.

Links to your mp4 video. OGG and WebM formats are deprecated, as if some browser doesn't support MP4, they won't support the other two formats either.

The poster poster attribute of the HTML video tag.

Chrome started to change how it handles video poster tags and sometimes it doesn't seem to be used. Currently that solution seems to work if you set the Preload option to metadata. For some people using png images instead of jpg images also solved the problem.

You can choose how the video's sizing should be inside the video element:

The volume of your video.

You can choose either to show the controls or not.

If your layer has a different ratio, than your video, then it will be smaller to fit the whole video into it's space. However, if you turn this option on, it will scale the video up so that it will cover the whole layer, and the video will be centered.

With this option you can make your video start over when it's done.3

If it's turned off, and you switch away from your video, it will only pause, but if you turn this on, it will reset the video to 0 sec.

You can set the video's behavior on scroll.