This tutorial is for Smart Slider 3.3.14. If you're using an older version, update.
You will need to work in Canvas mode to be able to achieve this effect.

With this tutorial, you can create a motion hover effect for your image layers.

Creating the slider and setting up the image

If you are creating this effect on a canvas-wide image, it's important to know how big the slider size is. Since you will use a portrait image, make the slider rather wide. 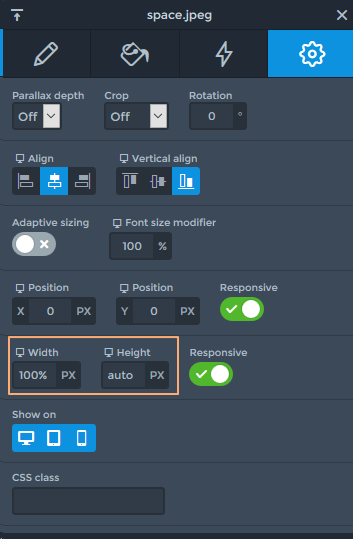 The way this step goes is hardly depends on what is the starting point of your image. For this tutorial, my starting point will be the bottom of the image. Therefore, I'll align the layer to top-center and position it to x: 0 y: 0. 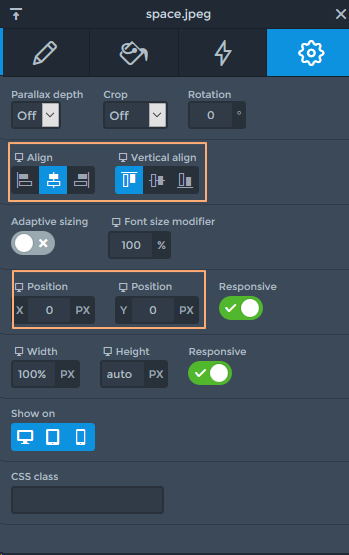 The next step needed is setting up the layer animation. Select the " Top" predefined animation from Move group It will set up a very close result. At the offset, you will see the default 400 value written. 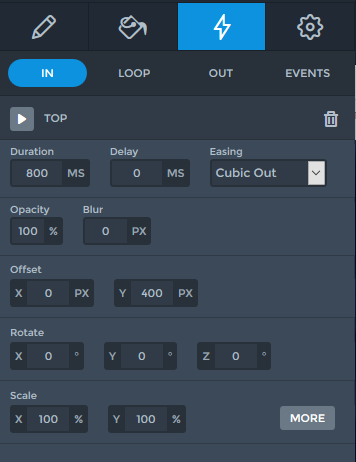 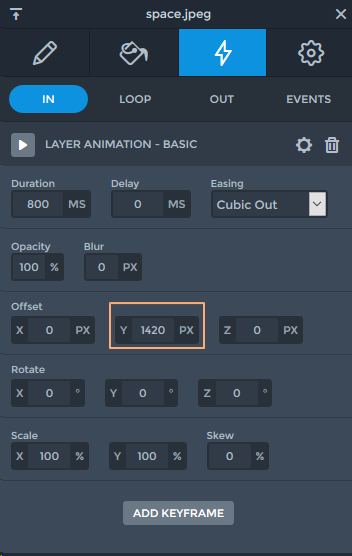 I also suggest changing the Easing to Linear.

If you want the animation to happen slower, increase the Duration.
4

Select the Fade animation, and change the offset to the same value as the incoming animation, just make it negative. If you changed the easing, change it here as well. 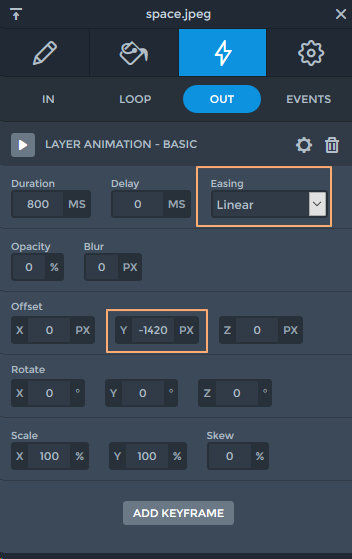 Turn on Repeatable for the layer animations.

If you increased the Duration at the previous step, you should do the same here. Be sure to use the same values at both places.
5 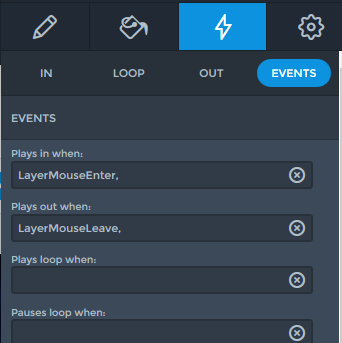 That is it, the effect is ready.

If you want to create an opposite effect, which starts from bottom and goes to top, do the following changes:
Last updated on November 4, 2019