This tutorial is for Smart Slider 3.3.14. If you're using an older version, update.
You need advanced knowledge and understanding of how Smart Slider 3's layer animations work to be able to follow this tutorial.

This tutorial will teach you how to make flashing layers, like this:

Creating the animation for the first layer

The first step in this tutorial is to add the layers you would like to use. You can select any kind of layers, texts, headings or images. You are free to customize them at this step, too.

Decide which layer will be shown when the slider loads, select it, and add a new OUT animation by going to its Animation tab. 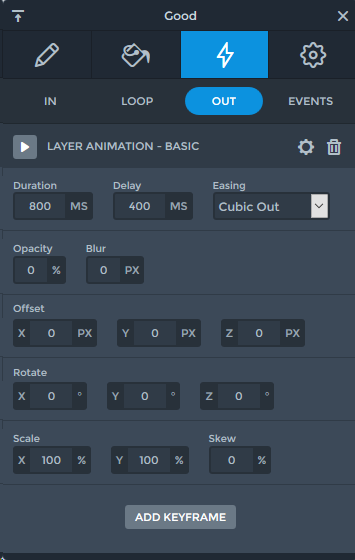 Creating the animations for the other layers

Select the layer that should come next, go to its Animations tab and add a new IN animation. I suggest using Fade from the Fade group. I'll pick that animation.

Add an OUT animation for this layer as well. Copy the animation to your other layers. At this point, your timeline should look like this:

Now go and remove the Out animation from the last layer, as we want that to keep showing. 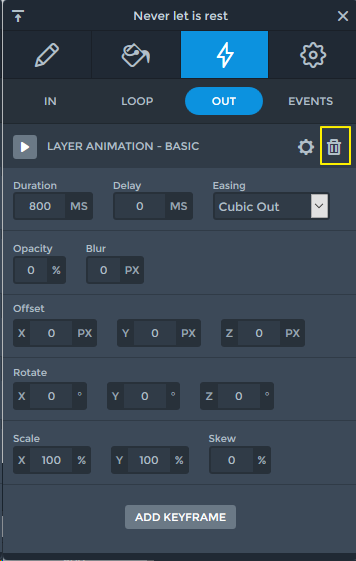 Working with the timeline

Once every animation is set up, we can start working with the timeline. While you can set the delay at each animation in the Layer window, it's more convenient to adjust them in the timeline.

Repeat this at the rest of your layers. Make sure that the current layer's IN animation starts after its previous layer's out animation.

See it on a video: